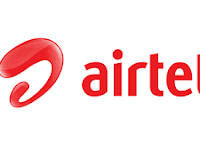 Since 4 months ago Airtel has been the best data plan which offer N1000 for 3gig has double data bundle… Airtel plan has been a money saver compared to other networks, e.g. MTN offer 1.5GB for only N1000. Where Airtel double the data for you.

Especially, all Android users can’t even deny the testimonial, that the double data doesn’t varnish like that of MTN N1200 for 1.5GB does. It is also a preferable option to all glo user. Imaging Glo offer N1400 for the same 3GB with poor network coverage in some area

Let me gist you, the same recharge card of #1000 you used to purchase could also get you 4GB of data with additional of N1000 credit bonus to call all your fans and loved ones, using that same Airtel data plan for 3GB but little different steps are involved.
let’s go dig into business.

Step one: Pick an Airtel sim. This trick works fine on both old sims and new one.

Step two: Purchase an Airtel recharge card of #1000
Step three: An android phone that has its IMEI changed to BB10 IMEI. MTK devices like Itel , Gionee, Tecno, Innjoo, and so on gives a better result.

Step four: Recharge your Airtel sim with a minimum of N1000 by using the below USSD (*555*recharge pin# )

Step five: After you have recharged successfully, you will receive an instant message of 1GB data and plus N1000 bonus credit for Airtel to Airtel calls and others network. To view your bonus data and airtime, dail the following USSD code (*556#), which is the same code for checking account balance on MTN.

This 4GB data can also be use on PC via your hotspot tethering.
The bonus of 1GB data plan runs on all device but if you which to enjoy the 3GB BIS data plan bonus, you need to spoof your phone’s IMEI by the above step given earlier.